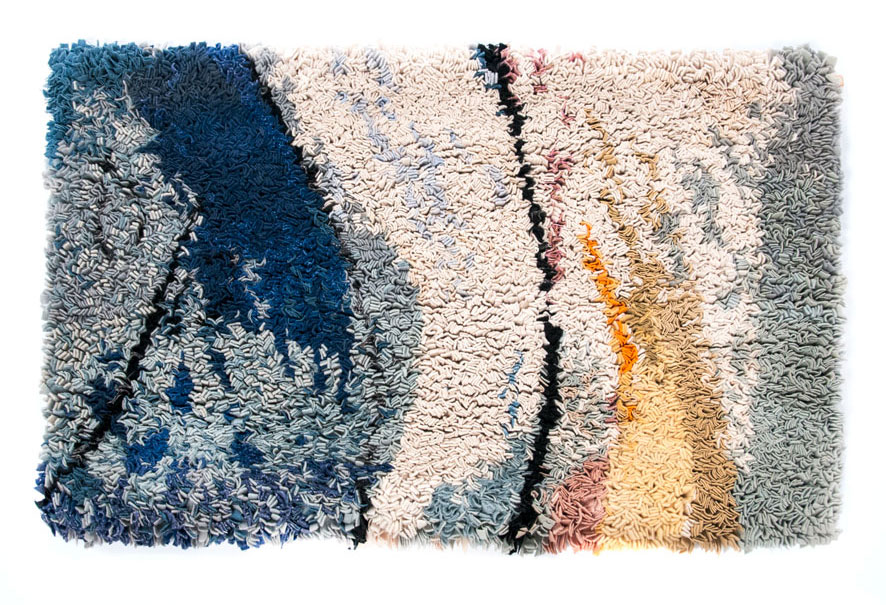 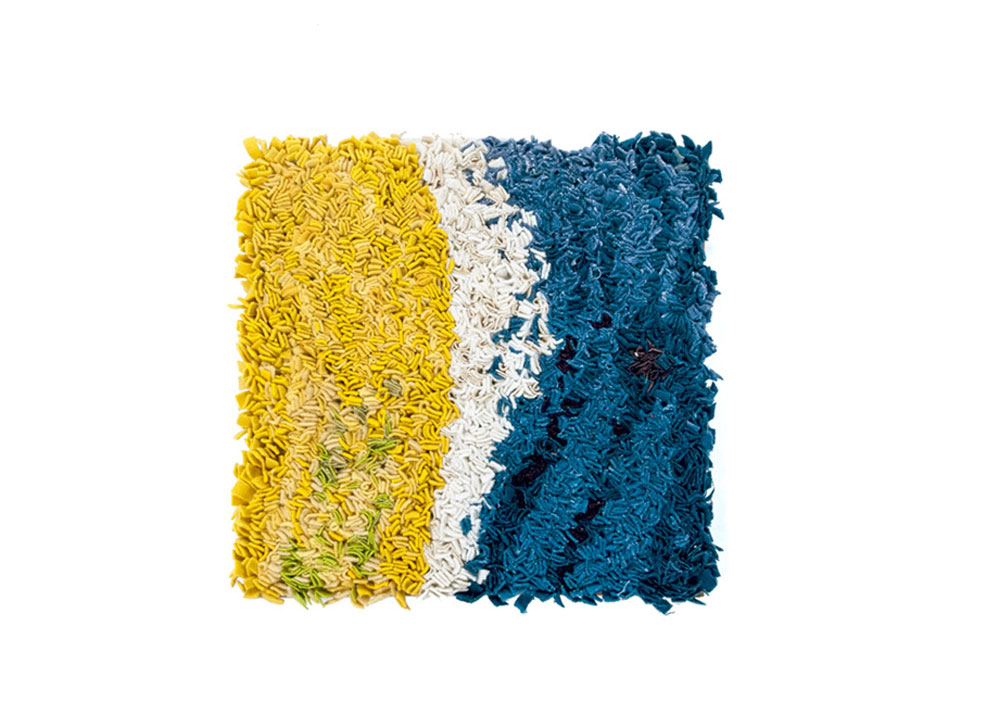 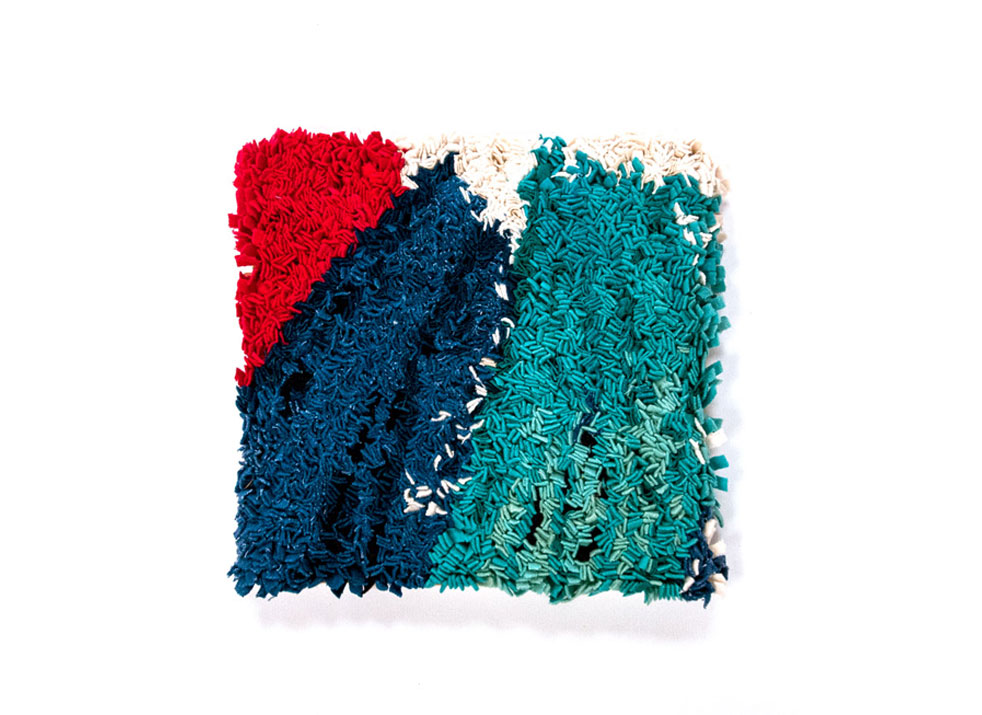 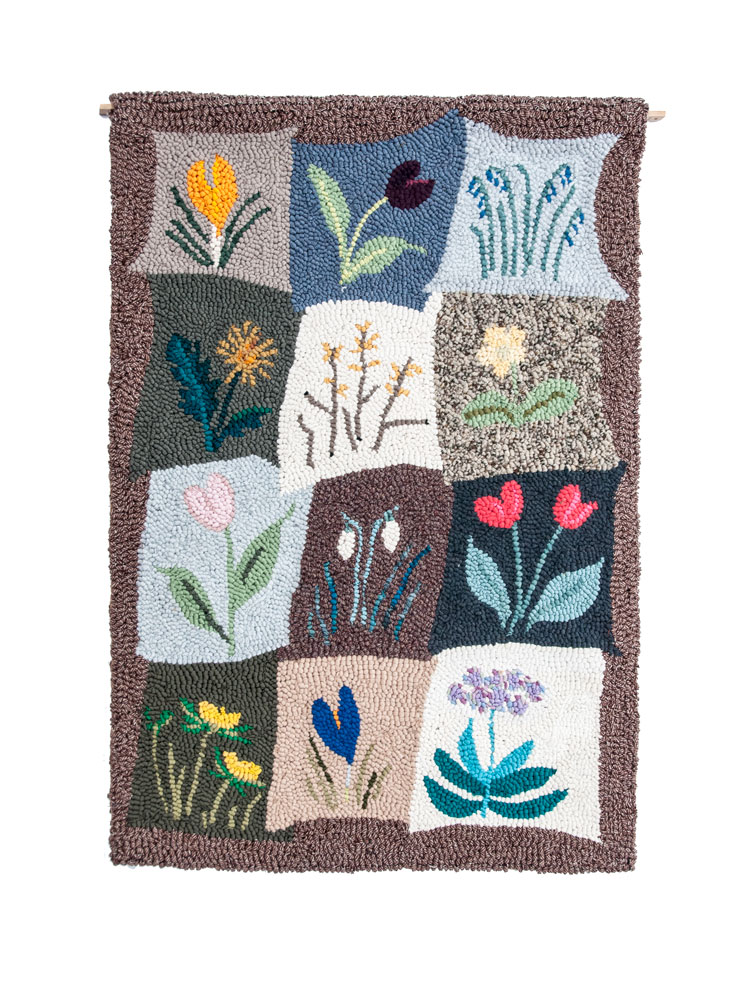 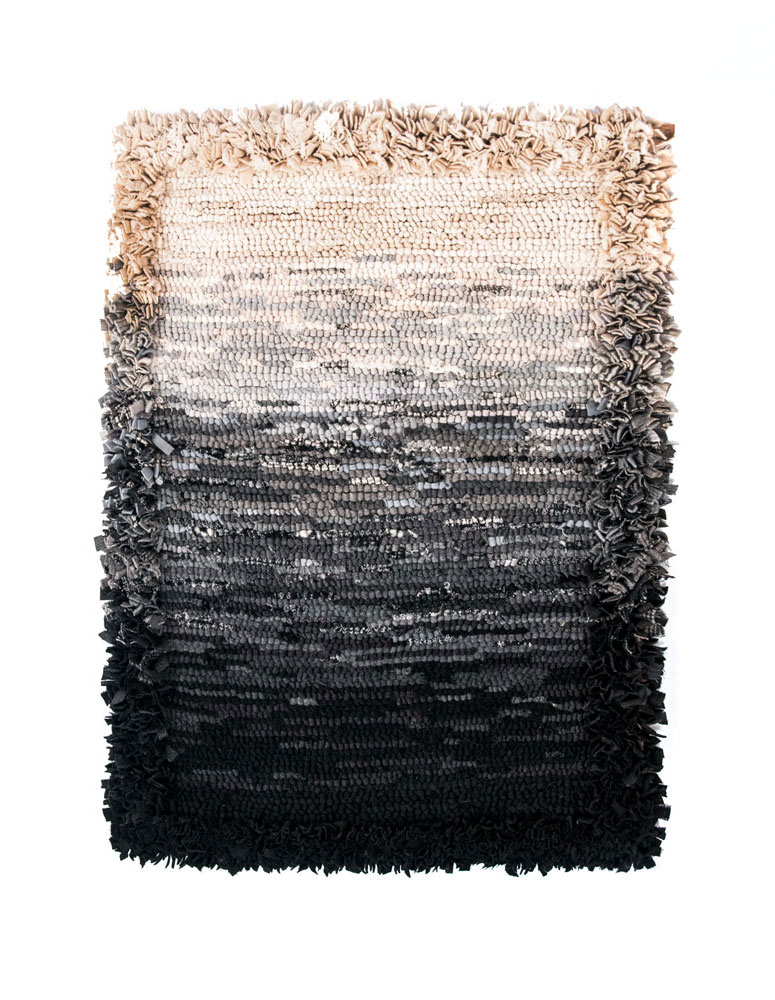 I am a textile artist living in Northumberland.  My work is created using traditional techniques of hooky and proggy, with frames and hand-made tools.  In this I am reinterpreting an old and traditional form – rug making, the staple of many a home across the north of England until a generation ago.  It is a slow process: the attention to design and preparation sometimes includes dyeing fabrics, then the cutting, and working into the hessian in a way that is similar to weaving.

I studied fine art at Portsmouth and Exeter Art Colleges, and later I trained at Sheffield University as an Art Psychotherapist.  I was then employed as an art therapist in hospitals and day centres in the north-east of England and Cumbria.

I have exhibited widely in galleries in northern England and southern Scotland, and worked as an artist at the Northern Centre for Cancer Treatment in Newcastle.  This work featured in a book called “Hook into the Past”, a social history of rug making in north-east England (Tyne Bridge Publishing, 2011).  On occasions I have worked collaboratively (for example, ‘Sustenance’, jointly with Ali Rhind, on permanent display in Newcastle City Library).